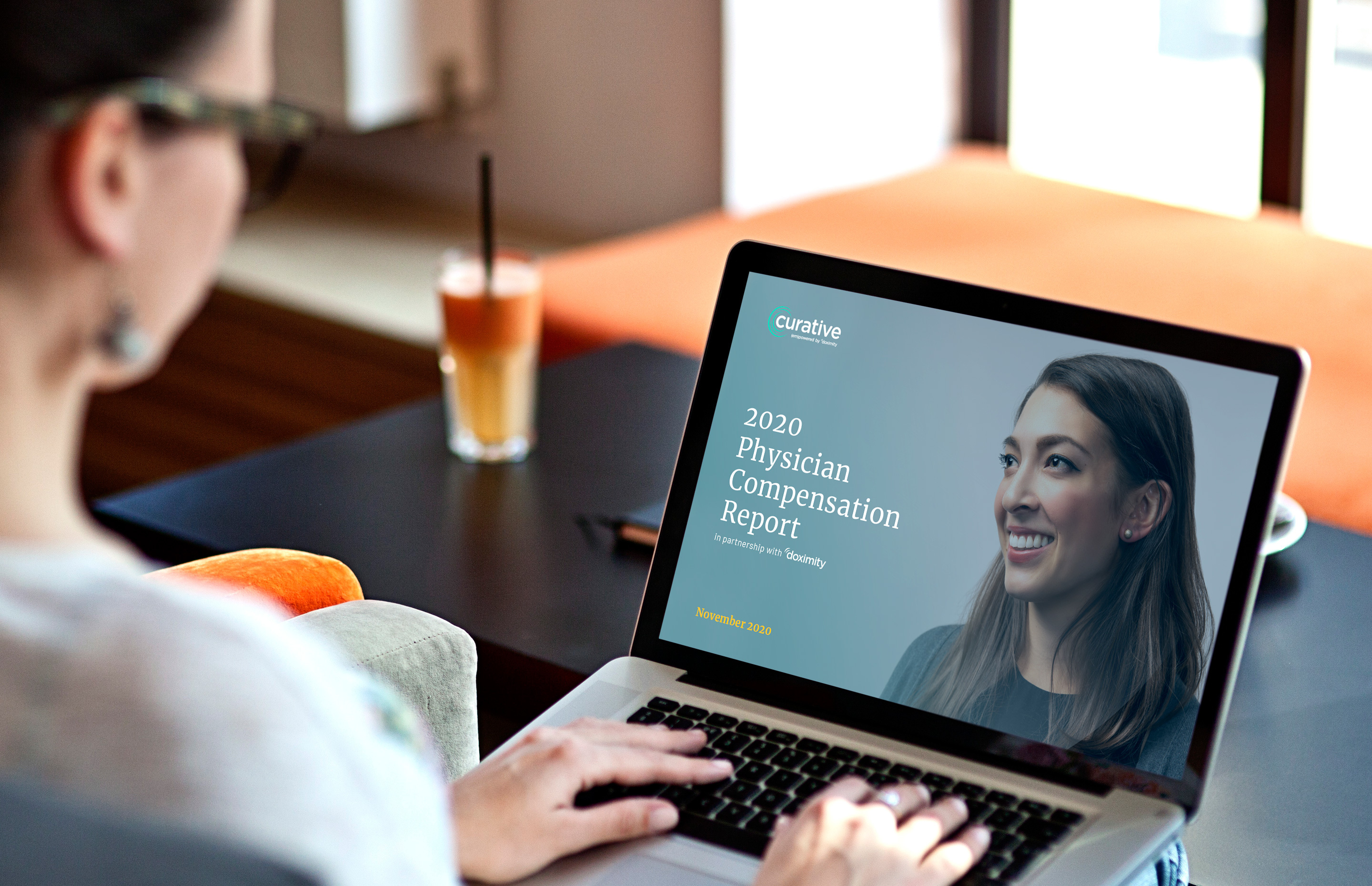 The COVID-19 pandemic has forced hospitals to resort to physician pay cuts and furloughs to offset a decline in billings from cancelled elective procedures and treatments. As a result, many physicians are working longer hours in more risky scenarios with fewer resources, and the impact can be felt around the world.

Despite the irreplaceable role physicians continue to play in the battle against COVID-19, many have seen their wages remain stagnant – or their jobs disappear. The catalyst for this scenario is one of the greatest paradoxes of our modern age.

Data-driven information on physician compensation, including differences by location, gender, specialty, and facility, provide valuable insight that can be leveraged for better decision making as we navigate the pandemic, and long thereafter. To assist with these employment trends, Curative, in partnership with Doximity, has released the “2020 Physician Compensation Report.” Here are four key takeaways.

One of the key findings from the report spotlights the change in physician compensation year over year. From 2019 to 2020, compensation for U.S. doctors increased by an average of 1.5%. However, when adjusted for a 2.3% inflation rate, most doctors actually experienced a decline in wages.

The research revealed that the wage gap widened from 25.2% to 28% year over year, meaning that today, female doctors make even less than they did last year as compared to their male counterparts. The average wage disparity is $116,289, but the amount fluctuates by area and specialty. However, because of the pandemic, a disproportionate number of women as compared to men have been forced to sidetrack their careers for responsibilities at home, and this reality has also impacted the wage gap.

Across all specialties, male doctors are compensated higher than women, and some of the representative numbers are as follows:

While the salaries for women are lower across the entire nation, the areas where female physicians are paid the highest include Milwaukee; Minneapolis; Jacksonville, FL; Birmingham, AL; and Cincinnati.

The pandemic has undoubtedly buoyed demand for specific healthcare specialties, including emergency medicine, geriatrics, and vascular surgery. These are also the areas where the year-over-year compensation for full-time physicians has seen the most significant growth.

The Curative report also showed that compensation growth increased across all practice types. However, physicians working in multi-specialty groups and health maintenance organizations saw the greatest positive change and highest compensation averages, while those working in a solo practice, academic setting, hospital, or government facility earned the least.

While compensation for physicians was nominal or nonexistent, locum tenens doctors — those who work at a practice on a short-term basis — saw their wages increase by an average of 4.3%

The pandemic has escalated patient demand in ways that have pushed some facilities to the brink, and locums providers are able to step in and out as needed. Locums doctors specializing in thoracic surgery, radiation oncology, radiology, urology, and anesthesiology saw the greatest increase in compensation.

Physicians continue to work tirelessly in an ever-changing world, and the next year may greatly burden our healthcare resources. Understanding current compensation data can be key ensuring physicians want to do their jobs today — and long into the future.

Get the full 2020 Physician Compensation Report

While at first glance, using locum tenens coverage may not seem like the solution to a healthcare...

Telemedicine in a COVID-19 Environment

Starting in March in the U.S., Coronavirus shifted our perception of “normal”. While telemedicine...

Why Your Organization Should Consider Locum Tenens

Thousands of hospitals across the U.S. use locum tenens physicians to benefit their organization....